What is the SDEC?

Our State Democratic Executive Committee — known as the SDEC (txdem.co/SDEC) — carries on the activities of the party in communities across Texas and conducts party business in committees. The SDEC is composed of leaders from Texas’ 31 senate districts elected at every State Convention and caucus representatives elected by their caucuses, as well as the Party Officers (txdem.co/Officers) who are elected at Gubernatorial Year State Conventions or appointed by the State Chair.

In short, the SDEC is the governing committee of the Texas Democratic Party. Clayton is running to represent the 24th district within the committee (districts are based on State Senate Districts). A map of the 24th district is below -- it looks a lot like a T-Rex 🦖. 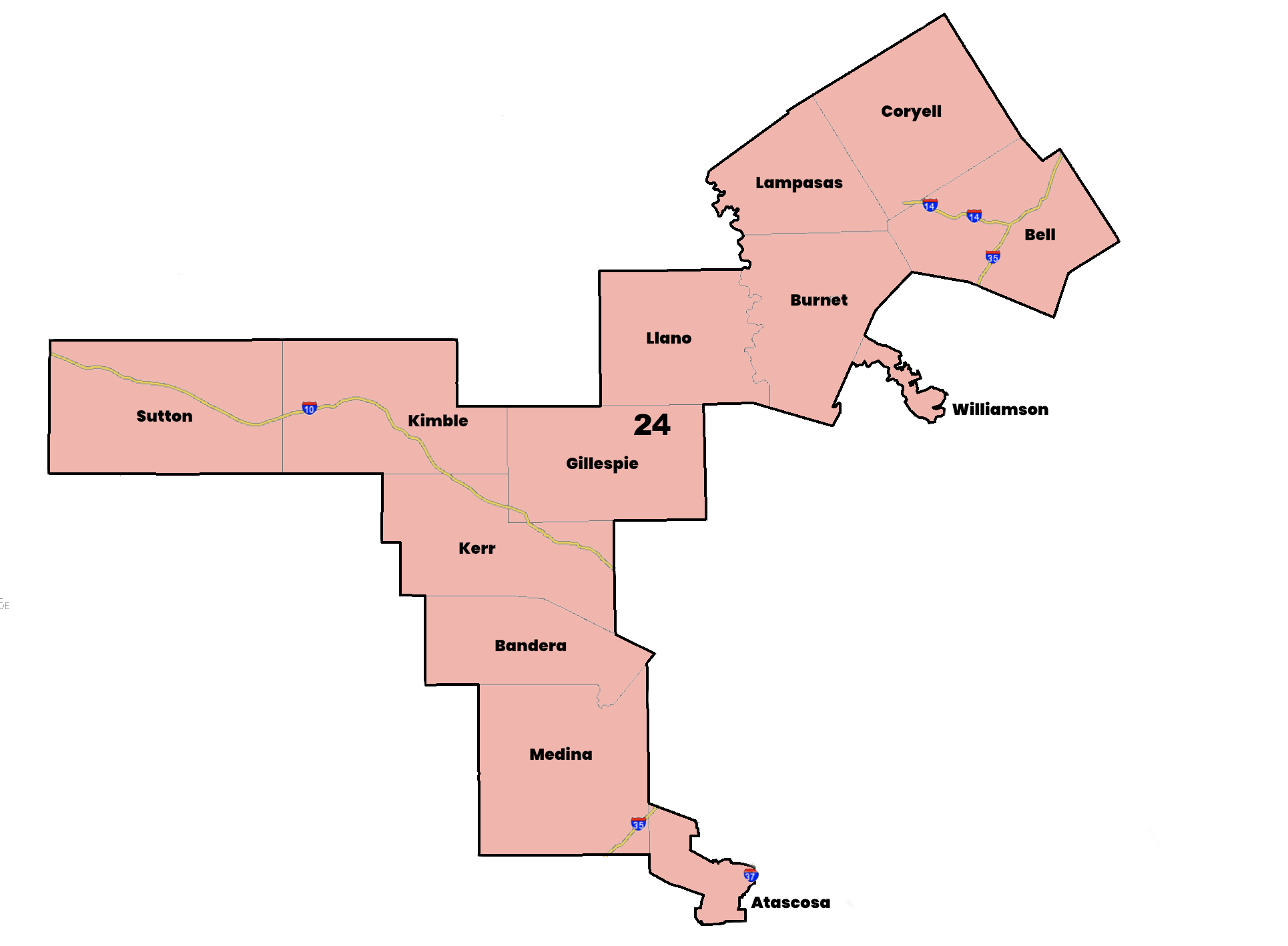