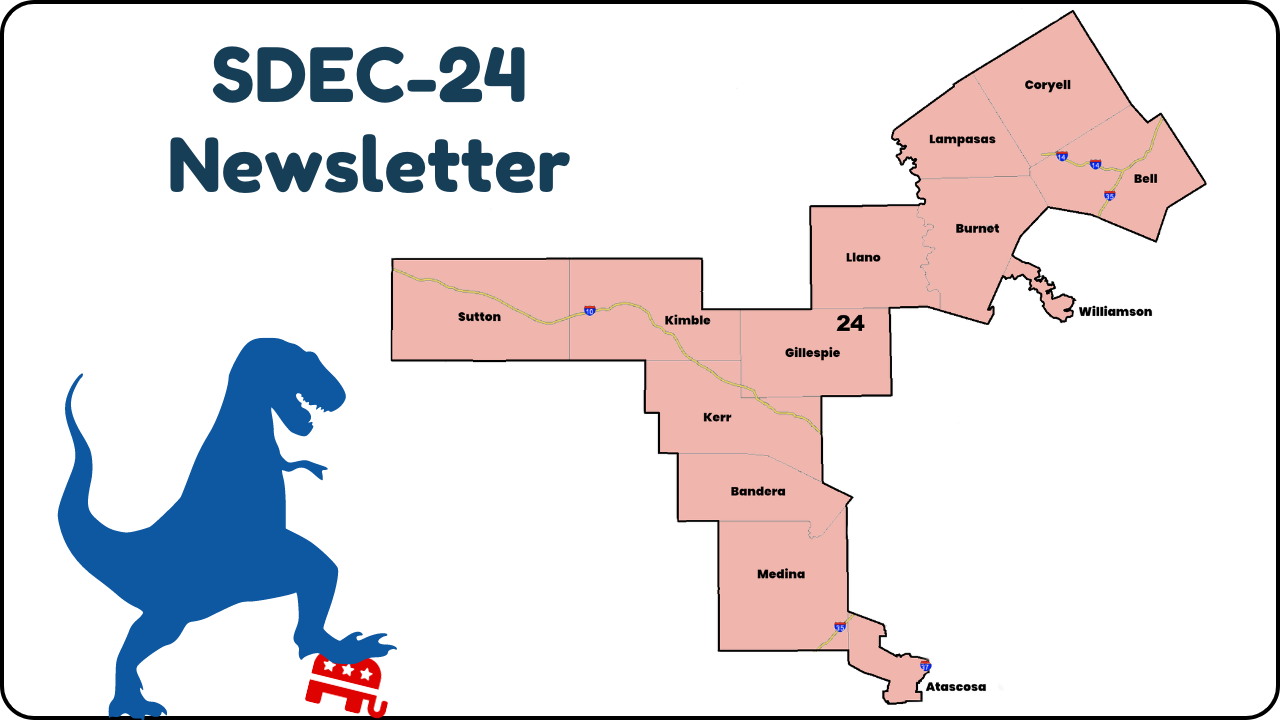 While there was some "rich discussion" and a bit of drama, it was a fairly productive meeting. But more work is left to do. I also made a joke that accidentally committed me to a contest that will let folks name some of my ranch critters. Details below.

This committee met in the morning. I couldn't go to the Campaigns/Messaging Committee, but the Convention Committee seems very promising. We'll be forming subcommittees sometime next year. I'd like to be on the scheduling subcommittee to ensure our 2024 convention (El Paso, early June 2024) runs smoothly & timely. We added Jennifer Vick from the Texans With Disabilities Caucus to help ensure the highest level of accessibility for all convention goers.

We added two new County Chairs -- Ana Velez of Mason County & Laura Smith of Blanco (in our district!). A big congrats to Ana, Laura, and all the good Dems in Mason/Blanco counties!

We added two new members to the SDEC -- Karen Wilkerson for the Rural Caucus & Mary Duty of Waco for SDEC-22 Committeewoman. Another big congrats to them!

Two members of the SDEC wanted to create a new committee for message testing & strategic planning. This message testing would be regionalized for the top State House Districts that we could flip by 2030, and a former candidate would bankroll the effort. Sadly, the SDEC was caught off guard and [insert dramatic reactions]. After some time, the SDEC voted to reconsider the new committee sometime next year.

We passed 3 memorial resolutions for James Patton of Walker County, George Nolan of Garland, and Beatrice Charlotte Lovett of Dallas.

These rules were passed by the Rules Committee at the convention, but failed to make it to the floor due to the quorum debacle. Below is a summary of the 4 new rules.

One of the rules did not pass. For counties with over 1 million residents (6 counties in TX), county chair candidates must get at least 10% of current precinct chairs to sign their petition before their name can get on the ballot. This rule prevents trolls from running (& winning) county chair seats. Think of it as internal vetting for potential county chairs, where the precinct chairs have some power in protecting & structuring their county party.

The rule proposal changed "counties with 1 million residents" to "counties with 240,000 residents who also have at least 10 precinct chairs." This means that instead of 6 counties having these extra standards, 22 TX counties would have them (including Bell Co). There was a lot of disagreement about this rule, some of it testy. Ultimately it was 2 votes short of passing. 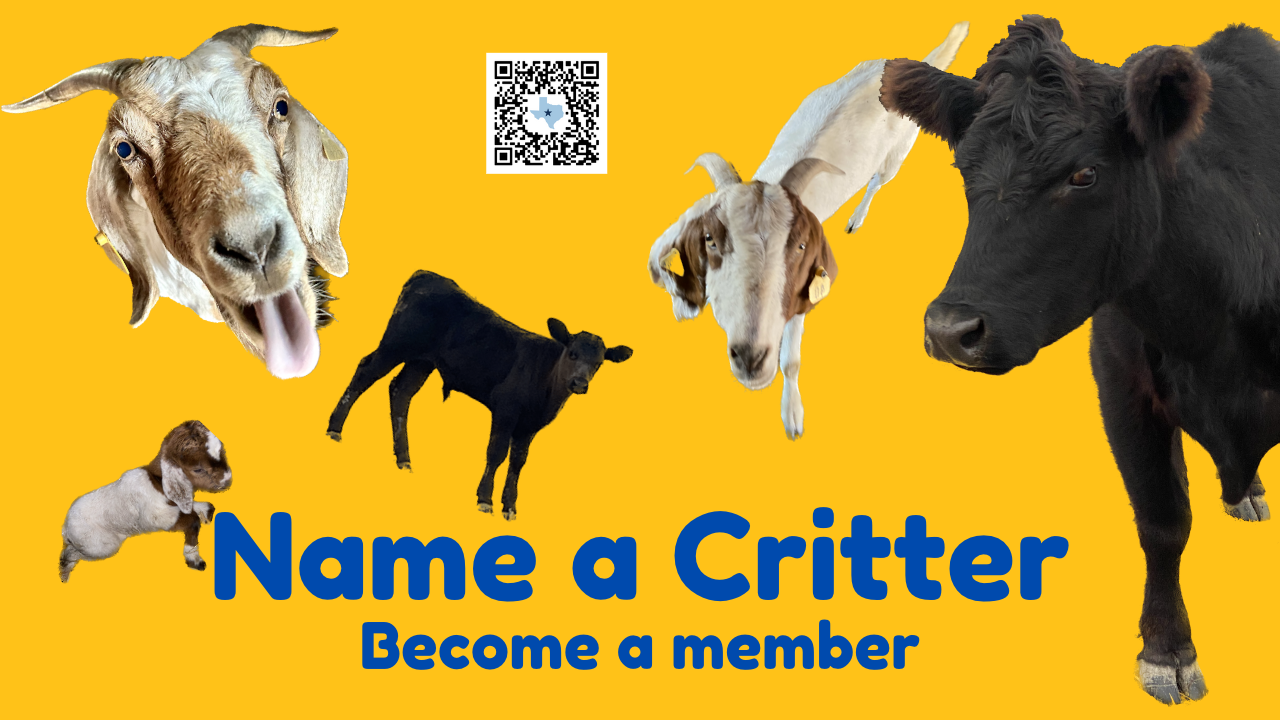 And well, that's about it, all joke aside! There is one other thing, and it has to do with goats, cows, & critters!

I joked about "putting fun into fundraising" and that anyone who becomes a recurring donor to the Party using my unique TDP Foundation Club link would get to name one of my ranch critters (as numbers permit). Evidently, this joke made its way around the SDEC, so I guess I'm now committed!

My aim is that SD-24 becomes one of the strongest arms of the organizing network via the TDP Foundation Club. We can't let the other SD's beat us so easily, not that I'm competitive or anything.

The Foundation Club is for folks who raise new recurring members to the TX Dem Party. By helping me join this club, not only will you help my 2024 SDEC re-election campaign (as membership to this club will look good on the campaign résumé), but you'll also get to name either a nanny goat, a cow, or (coming soon) a baby goat! Naming rights, due to a limited number of ranch critters, are first come first serve for new recurring donors to the TDP who use my custom Foundation Club link. Click here or below to start a recurring donation!

Sign in with or
Don't have an account? Click here to create one.
Please check your e-mail for a link to activate your account.
SDEC-24 Newsletter: Dec 2022
SDEC-24 Newsletter: Dec 2022
Clayton Tucker is running for the Texas Democratic Executive Committee (called the SDEC) with a simple goal: to build the Texas Democrats into a powerful winning machine.