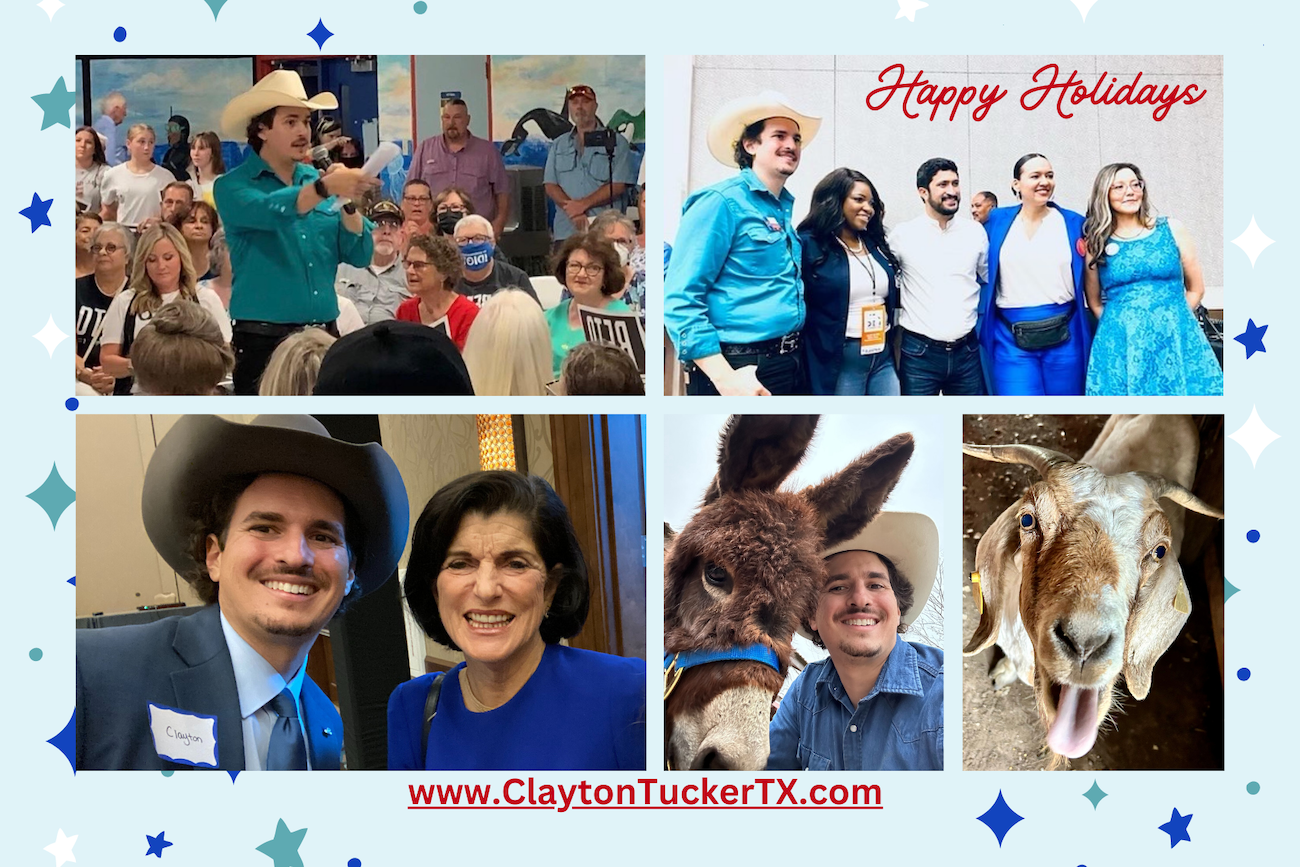 On a personal note, you may find some joy in my latest ranch adventures. I bought my very first donkey this year, a real sweetheart named Penny (she is indeed a true TX Democrat!). I got her to protect our goats–of which we now have several, as I work to build up my family’s ranch.

As it turns out, Penny arrived pregnant, so she was a two-for-one special! We named her baby boy Peso. He’s a little fuzz ball, and he’s a mischievous little rascal. We’re also expecting a bunch of baby goats any moment now, as we have five pregnant nannies. So by the time you get this letter, we may already have them!

With all of this expansion, we also needed some new critter barns. Can’t mix baby goats with donkeys or billy goats! Thankfully, our local utility company recently had to replace some power poles and left the old ones on our property. I used them to turn an old hay pole barn into our newest critter barn – all for the low, low cost of nearly free!

Once I finish renovating the goat and donkey barns, my next project is to renovate a little hut we have on the property into a proper mini Airbnb. Mark your calendars! The 2024 solar eclipse will bullseye the Ranch, so we gotta start preparing for that.

Politically speaking, I am working to ensure your investments in me continue to pay dividends. Here is the 2022 summary of our accomplishments.

I’m now the Chair of the Lampasas County Democrats and the State Democratic Executive Committeeman (SDEC) representing the beautiful Texas Hill Country & the Fort Food metro area. As an SDEC Committeeman, I’m pushing for an internal audit of the TX Democratic Party and passing other reforms to strengthen our Party. Our candidates deserve a strong party and movement to support them, which I’m working to build.

To support my work, please consider becoming a recurring donor to the Texas Democratic Party. By clicking here and becoming a member, you will help me join the Foundation Club within the SDEC, which will help my reelection campaign in 2024.

I’m also the Deputy Finance Director for the Texas Young Democrats, where I lead the largest Get Out the (Youth) Vote campaign in TYD’s recent history. While we won’t have the full results until February, our 2022 primary runoff campaign results were very promising.

My former campaign staff and I formed a non-profit called Killeen Creators. We’re actively fighting to end food deserts in Killeen and help veterans heal from their PTSD. We recently expanded by opening an office and are working to open more community gardens.

I’ve also founded the Texas Progressive Caucus (TXPC)–our mission is to build & strengthen the Party at all levels. We hosted the *largest* caucus at the Texas Dem Convention this year, helped elect several new young folks into party positions, and are pushing for an internal audit and other reforms to strengthen the Party. In addition, we’re building precinct chair recruitment tools to recruit folks to join the Party at this most fundamental (and overlooked) level.